Teach Me About Autism
Search

My Story:
Growing up with a Sister on the Autism Spectrum 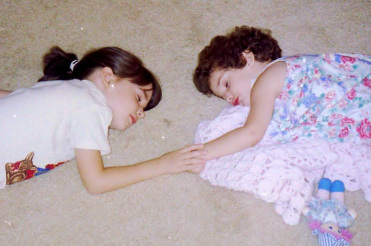 Growing up, I never really realized my little sister Caley was autistic. I mean, I knew she had autism - I couldn't not, with so many events in our lives that centered around autism. But I never really thought about it.

I knew when I was in elementary school a lady came to the house to do things with her because Caley needed help. And I knew she got diagnosed with Asperger's, which they now just call autism, at some point around when I was 11. I sat there with my mom and watched video tapes about autism. And I went to my sister's physical and occupational therapy appointments all the time growing up. But my perspective of all of those events is far different than that of the adults around me.

You see, I didn't see the woman that came to the house as a therapist. I saw her as that strange lady who wouldn't play with me, but played a lot with my sister. And I don't remember the doctor's appointment where the psychiatrist said Caley was autistic. Instead, I remember going to a Panera Bread restaurant for the first time afterwards, and how much fun that was. Even the therapy I didn't really think of as being about Caley's autism. I just thought it was a really great place where I got to hang out with my new-found friends who were all in therapy for disabilities themselves, but who I just saw as great buddies.

Since I didn't understand autism, I always assumed my sister was just a normal kid, like me, and times where she showed autistic traits I just thought of as "Caley being Caley." Like when she put her hands over her ears because it was too loud, since like a lot of autistic people she has sensory problems and used to have melt downs every time we went to the grocery store because it was too loud! It wasn't just sensory problems - Caley had trouble making friends, too, and she would talk to you forever about her favorite subject, even if you weren't interested in it. I didn't realize these things were because of autism. I just thought it was the way she was, and since I grew up with her, I didn't think it was a big deal, although it did annoy me sometimes because I didn't understand. 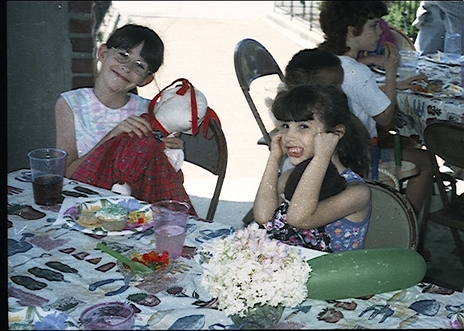 Caley has her hands over her ears in this picture because it's too loud! She was really scared of the bell.
I think this helped me see Caley clearly for who she was, rather than for what other people told me she was. Yes, she's autistic, but people took that to mean a whole lot of other things. Since I was young, I was left to draw my own conclusions based on what my sister was actually like. I always told my parents not to listen to other people, because Caley was more than capable of achieving most things people said she couldn't. And she was capable. No, she can't do everything, and sometimes it takes her longer to learn but she can do much more than people say.

That is not to say my relationship with my sister was perfect. We were definitely siblings, with traditional sibling arguments. I, being the eldest, always got the best roles in whatever game we played and, looking back, I definitely bossed her around. For some reason, she still looked up to me, and sometimes it annoyed me when she copied everything I did. She followed me everywhere! I remember running into a bedroom and locking the door to get some alone time. I also got my one and only bus referral and got sent to the principal's office when we were riding home on the bus and I kept swapping seats while the bus was moving. I was trying to get away from her, but she just kept following me! 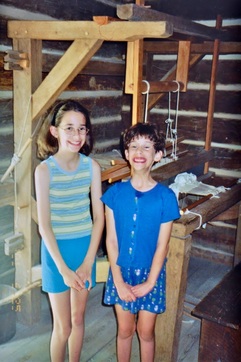 Being Caley's big sister also made people treat me differently. For one thing, grown ups (especially our bus drivers and camp counselors) treated me like I was a lot older than I was, which I think made me grow up even more quickly. They asked me to control my sister's behaviors all the time - to the point where my favorite phrase when I was younger was "I don't have a remote control for her!"

I protected her from bullies a lot, too. The kids on the bus tried to bully Caley, and at our after school care sometimes kids would ignore her and say they wouldn't play with her because she was "weird." They were really, really mean. So I told them to stop being so mean, and most of the times that worked. Sometimes Caley would come crying to me because kids were being mean to her or she was scared. It made me feel kind of special that she came to me for help - I felt like a junior version of a mom! And I tried to help her, even if I was mad at her, because siblings have to stick together. And also because I love her. 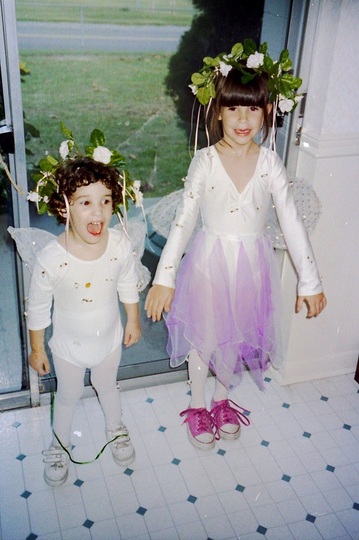 Caley and me both dressed up like fairies for Halloween. (Yes, Mom let her copy me!)
I think growing up as I did with Caley really influenced what type of person I've become, for the better. Growing up, I don't think I saw disability the same way other people did because of my experience playing with kids at physical therapy. I was quick to stick up for kids who were bullied, too, and never became a bully myself thanks in part to my experiences with Caley. Basically, thanks to her I see the world differently. I'm quicker to stand up for people being treated badly, too, just because I've seen that happen to Caley so much.

And I've learned to ignore people who think she's weird, or our relationship is weird, because we have an amazingly close friendship that they would probably love to have with their own siblings, and if they got to know my sister they'd learn that she's a really awesome person. I'm not close with her out of pity - I'm close because she's a great person and I wish other people could see that. Even though I didn't understand why she acted differently and people treated us differently when we were little, now that I'm older and have asked her about what it's like, I do. That's let me be a better ally to her.

Our sibling relationship, like that of many siblings, has only grown closer as the years have passed, and I know that as long as I live, I will have a best friend in Caley, and she will always have the same in me. I am really lucky to have her for a sister.